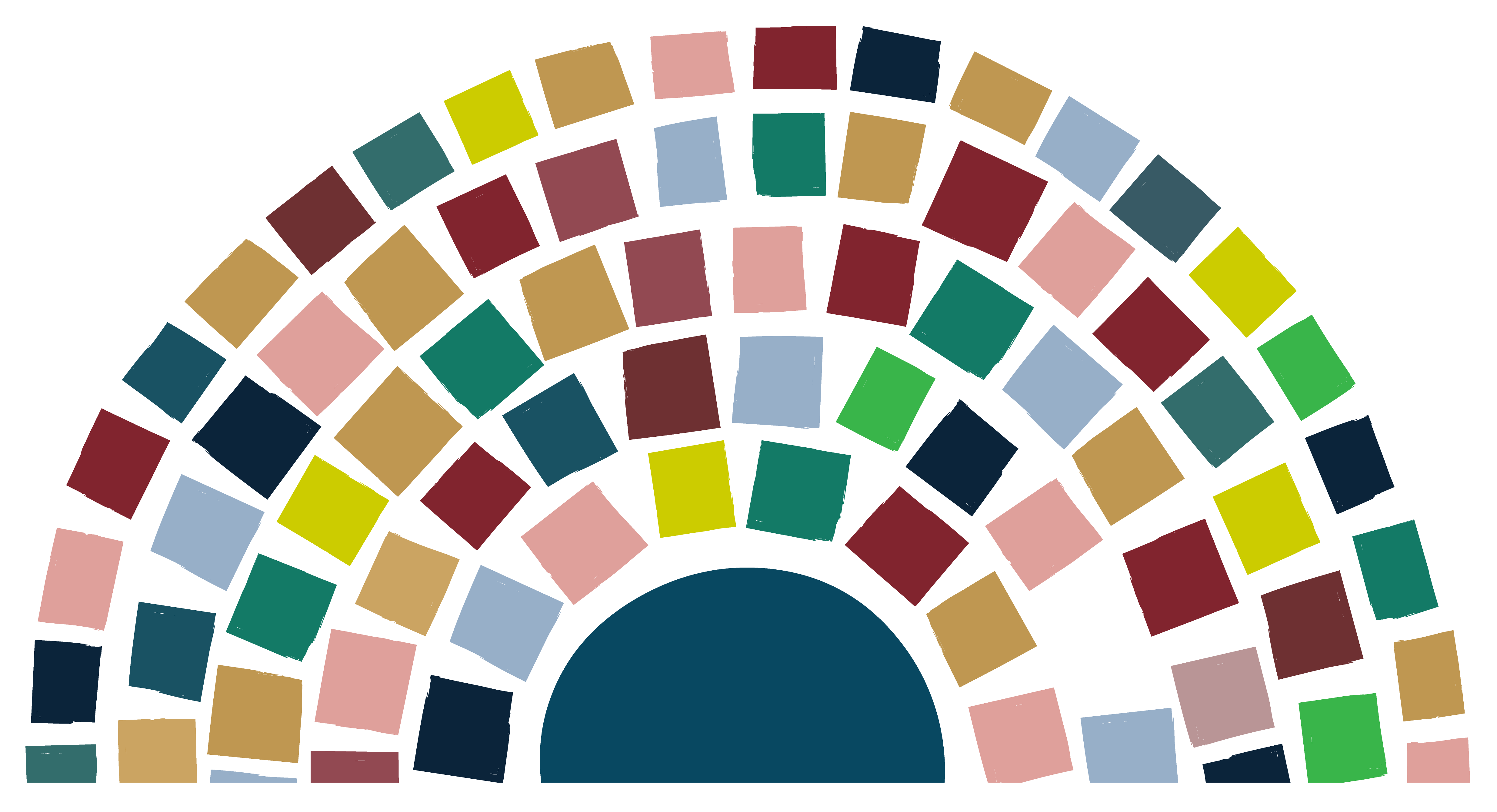 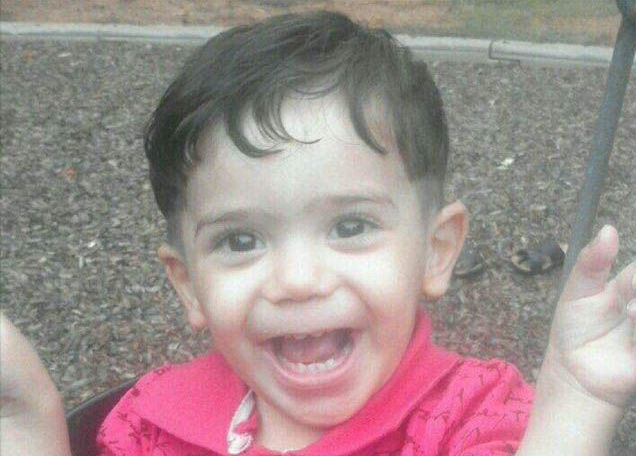 Below are many news stories about the tragic mauling of the toddler son of one of the Syrian refugee families that College Park Baptist Church is helping. After the attack on Valentine’s Day, there was a tremendous outpouring of help from the community. A GoFundMe campaign raised $40,000 to help with upcoming medical and household expenses. Since the church was already coordinating a move for them to a better home in east Greensboro, many members and friends completely set up a new apartment and cleaned out their previous home so they will not have to return. Read more about our Syrian refugee family support and how you can help.

After his son’s mauling, Ibrahim Hjazi says everything makes him afraid now.

Hjazi, 37, rushed to the hospital from work Tuesday after learning two dogs had attacked his 19-month-old son, Montasur, in their backyard.

Montasur faces more surgeries and rehabilitation to recover from his many wounds: his right ear torn off, punctures to his chest, a long gash on his face, broken bones in his cheek, an eye nearly cut in two.

The damage to Montasur’s eye is so bad the eyelid might not open and close properly. It’s too soon to say if his vision has been affected. The toddler’s ear has been sewn onto his chest to help it heal before it is reattached, the family said Friday through an interpreter.

Hjazi came to Greensboro with his wife, Amani Albardan, 30, and their five sons to escape Syria’s civil war. Bombings injured both Hjazi and his eldest son, now 12. The family stayed four years in a Jordan refugee camp before they had the opportunity to come to America.

The family has been trying to find their way in Greensboro since settling here in mid-August.

The children range in age from 19 months to 12 years. One boy attends Bessemer Elementary and two go to the Newcomers School. The family does not have a car and relies on the bus or friends to get around town.

Tuesday began like any other day. Hjazi left their house on Valley View Street at 5 a.m. to go to work at Grandover Resort. As he did, he said he saw his neighbor’s male and female pit bull on the street with no leash and no one nearby, but assumed the owner was close.

He had seen the owner walking the dogs through the neighborhood before on a leash, Hjazi said.

He would get a call more than five hours later, telling him pit bulls attacked his youngest son and to come to the hospital.

Montasur fell and one of the dogs attacked, Albardan said. She was so afraid the dogs were going to get her other two children she began screaming and screaming to get the attention of the neighbors.

Unable to speak English, Albardan was only able to say, “dog, my baby, dog, my son,” when a neighbor came to help, she said.

They tried but could not get the dog off the toddler. Albardan said both dogs attacked her youngest, but the larger pit bull was the primary aggressor.

Albardan said she was, “out of her mind,” during the attack. “It felt like a dream. It never felt like this could happen to me. Even now, I can’t believe it.”

She said she’s relieved that both dogs are dead. A responding police officer killed the male pit bull. The female dog ran off, but was later caught and euthanized. Both tested negative for rabies.

Montasur was taken to Moses Cone Hospital, then Brenner Children’s Hospital in Winston-Salem, where he will remain for at least a month, possibly longer, recovering from his injuries.

Hjazi said he was so upset when he heard the news he started running in the street, looking for someone to take him to the hospital. A co-worker learned what happened, then helped him get to Moses Cone. He said he was crying he was so terrified. When he arrived at Brenner’s, he passed out before he even got to see Montasur.

Hjazi has a heart condition made worse by stress.

The second-youngest son, who’s 3, doesn’t believe Montasur is alive, said Albardan. He’s told her he thinks the dog killed the toddler. She’s afraid to let him see Montasur in the condition he’s in now.

The family will not be going back to the house where the attack occurred. College Park Baptist Church was helping the family before the attack, and the night before had secured a new apartment near others who speak their language. Hjazi said he’s glad, but he’s focused on his son.

“My biggest concern is for my son to survive and to live in a safe place,” he said.

Hjazi said he is very grateful for everything the church and the community have done for his family.

He’s also pleased officials cited the owner of the dogs. Roderick Hale Adams Jr. of 1212 Valley View St. faces two citations of allowing a dog to run at large and two of public nuisance. He also faces a charge of attack by a dangerous dog, a misdemeanor.

“I left Syria for protection,” she said, while wiping away tears. “I’m shocked, because I thought nothing would happen here. But I know everything’s in God’s hands.”

Note: Hard working College Park members set up a completely new apartment this past week for their family of 7 with all new furnishings and cleared out their home where the boy was attacked.

Read more about our Syrian Refugee Family support and how you can help.

When Pastor Michael Usey of Greensboro’s College Park Baptist Church began helping a refugee family whose father and oldest child sustained injuries when their farm was destroyed by bombs in Syria, he assumed the worst was behind them. Certainly nobody expected anything as terrible as what happened on Valentine’s Day.

The family, which consists of a mother, father and five children (Pastor Usey requested their names be withheld to avoid endangering relatives in Syria) was in the process of moving from a house on Valley View Street to a better and more conveniently located apartment. Around 9 a.m. on Tuesday the 14th, the mother was preparing to take her children to Newcomers School for English lessons while her husband was at work at Grandover Resort. Due to so far unclear circumstances, two pit bulls running loose in the neighborhood approached the dwelling.

Greensboro police received a 911 call about 9:10 a.m., according to a press release. Officers “saw two large dogs lying beside the child,” the release stated. “For the child’s safety, a Greensboro police officer fatally shot one of the dogs after it moved away from the toddler.”

The family doesn’t speak English and Pastor Usey warns that his description is second hand. “As I understand it, the second youngest boy was putting on his shoes on the front steps with the door open. One dog ran into the house and dragged the youngest outside. Both dogs bit him. Mom protected the two youngest while screaming and hitting the dogs. She was joined by two neighbors, but the dogs would not let go. Police arrived, one dog was shot, and the second fled.”

The 19-month-old boy was taken to Brenner Children’s Hospital, where he underwent eight hours of surgery. According to a GoFundMe page set up by volunteer Laura Tastad (link at the end of this article), he suffered serious damage to his face, ear, arm and leg, and will need more operations. He is listed in serious condition, but is said to be resting comfortably.

Pastor Usey explains that his church became involved with the refugee family through Cindy Knul. “She used to head Lutheran Family Services, with whom we helped to resettle a bunch of families before they closed up shop a couple of years ago. We got together and brainstormed how to get various agencies resettle Syrian families in Greensboro, since several were coming to the Triad.”

“She let me know that this particular family had fallen through the cracks. The group ‘catching’ them doesn’t welcome church involvement (they would say otherwise). Cindy called and invited us to meet them right before last Thanksgiving. We did and fell in love with them. They were connected with the Islamic Center of the Triad, and had support there, and several families were assisting them. Still, they had needs, including not enough food, some kind of infestation in the house, and not enough warm winter clothes. We thought we could be friends and help out a little. We assembled a team, found a leader for it in Dr. Alice Stewart, who is a Business Professor at A&T, and were off.”

Laura Tastad created an online fundraiser for the boy’s medical expenses. Laura is not a member of College Park Baptist, but her friends Nancy Dufran Cravey and Mathew Cravey are.

“Nancy told me they were sponsoring a few families and asked if we had anything to donate. I said yes and asked what else I could do. So far, that’s been limited since this family was sort of in a holding pattern until their new apartment was ready, but they were supposed to move this weekend. I took a day off next week to babysit while the mother goes to have dental work, but I doubt that is even a thought in her mind at this point. Rather than turning my day off back in, I’m going to use it to see what else I can do; sit with them at the hospital, cook some dinners for their freezer, help get their new place in order, whatever they need.” 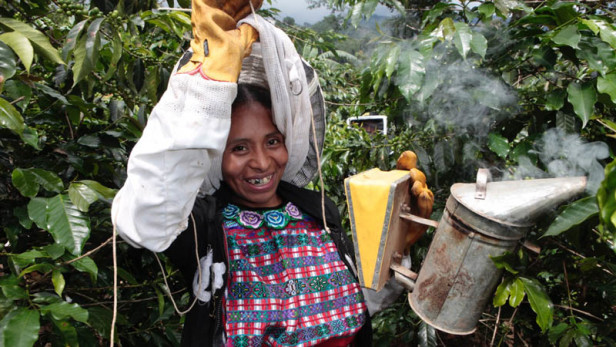 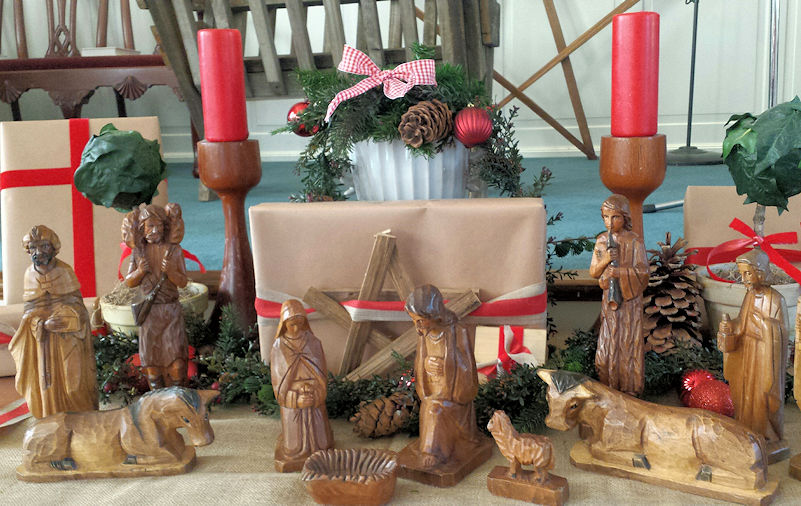 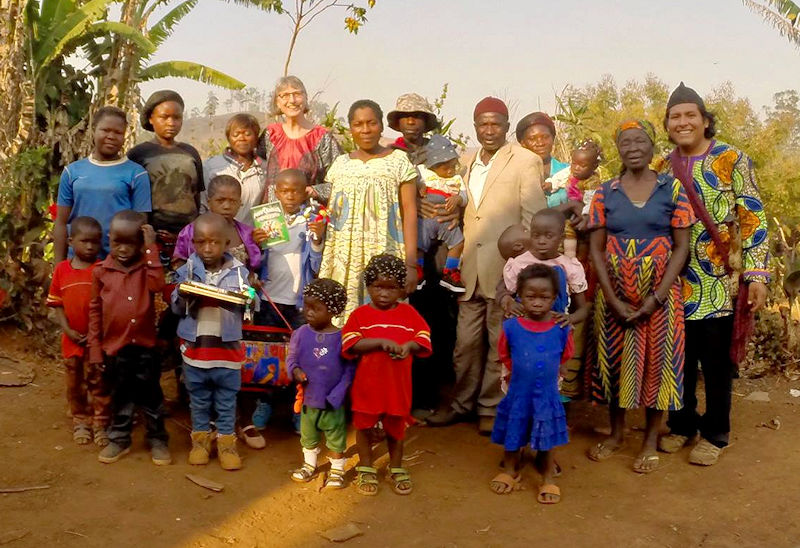